During quarantine in Summer 2020, many of us in the lab used relatively cheap and simple macro lenses to add to the functionality of our mobile device cameras. Normal macrophotography setups using digital single lens reflex (SLR) cameras require very expensive, heavy, and large lenses and flash strobes. The setup can be difficult to use in the field and requires a lot of training and practice, and of course also the financial resources to have in the first place. They can take very nice photos, but we can achieve good results with the phones most of us carry in our pockets too, and no matter how fancy your professional camera is, if you don’t have it on hand, it won’t be any good to capture an exciting discovery, so there are some definite advantages to iPhone macrophotography.

The iPhone macro lenses come in a variety of kinds, but they are all small and some attach with elastic bands, some with clips, and others that are part of a case, and they range in cost from $7-50. You can even mimic how they work with a water droplet carefully placed on the mobile phone lens. They make it possible to focus much closer and have more magnification than normally possible. The tradeoffs however are that the depth of field becomes increasingly thin, making it hard to capture your subject in focus, and available light is reduced, making it hard to get a clear image without either having a lot of sunlight or an accessory light available so that the shutter speed can be sufficiently fast to freeze the motion of the subject, which in the case of insects, is likely moving pretty fast.

Armed with a mobile camera and a macro lens, you can help document the insect life all around and share these important biodiversity observations on iNaturalist, where there is a large community of taxonomic specialists who are generally eager to help identify what you caught. The iNaturalist app also has an AI-based tool for automatically identifying living things in photographs, but it is limited based on the photography already available to learn from in its database, the accuracy of those observation identifications, and the availability of observations in the same geographic locale as you are collecting in.

Here are a few of the observations made by PC students Emma Russo, Kaitlin Donlon, and Justin Andries: 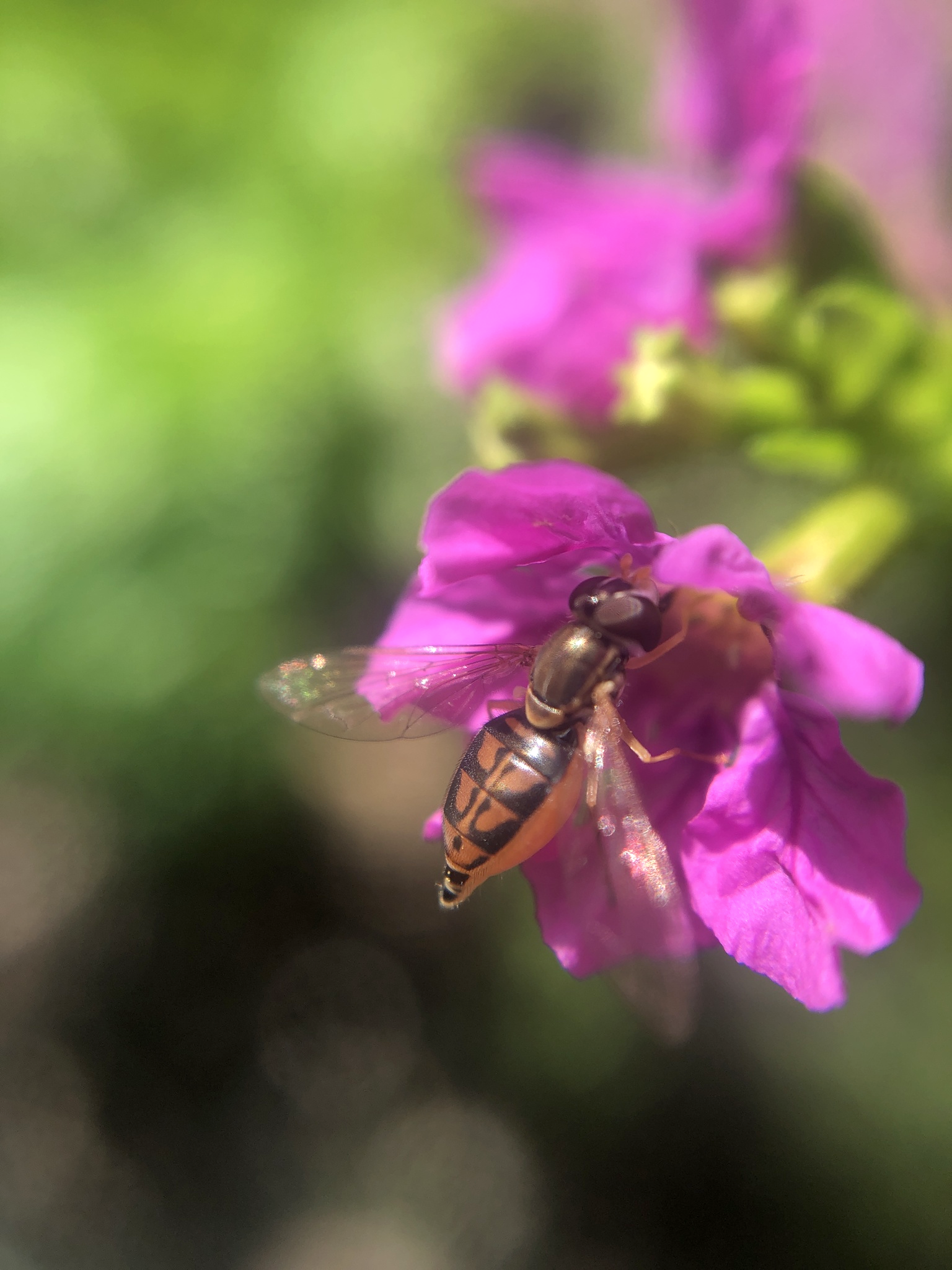 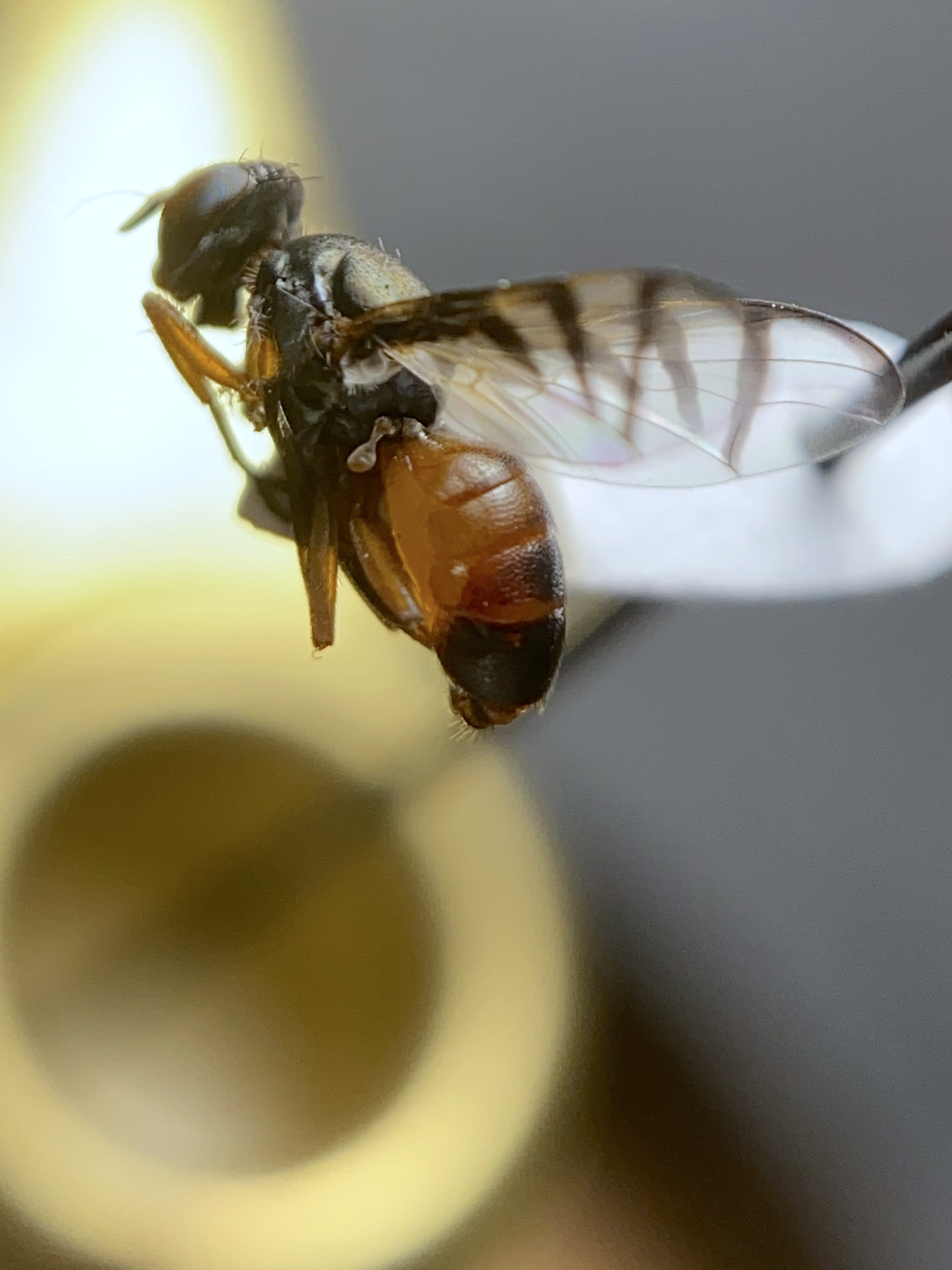 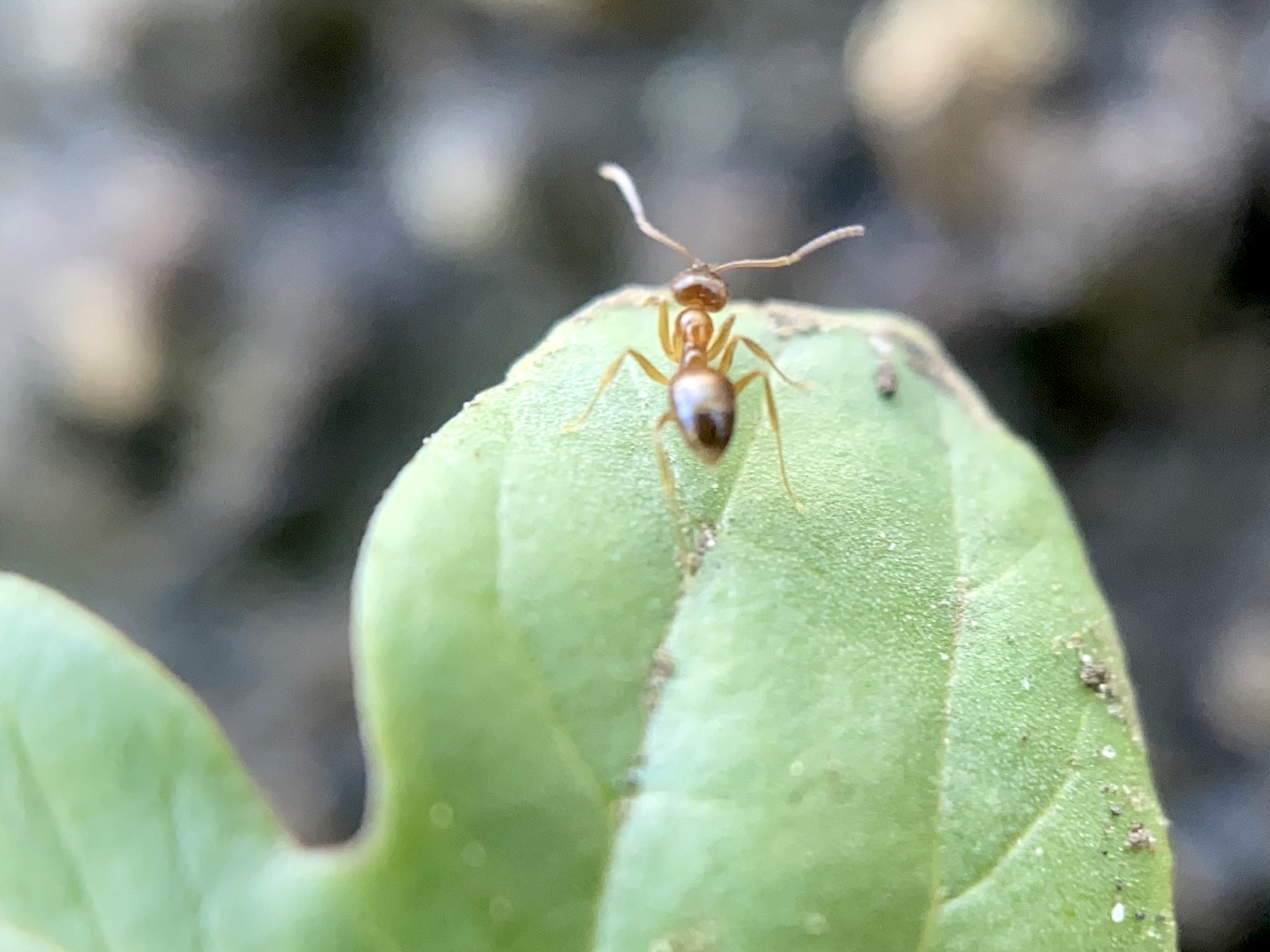 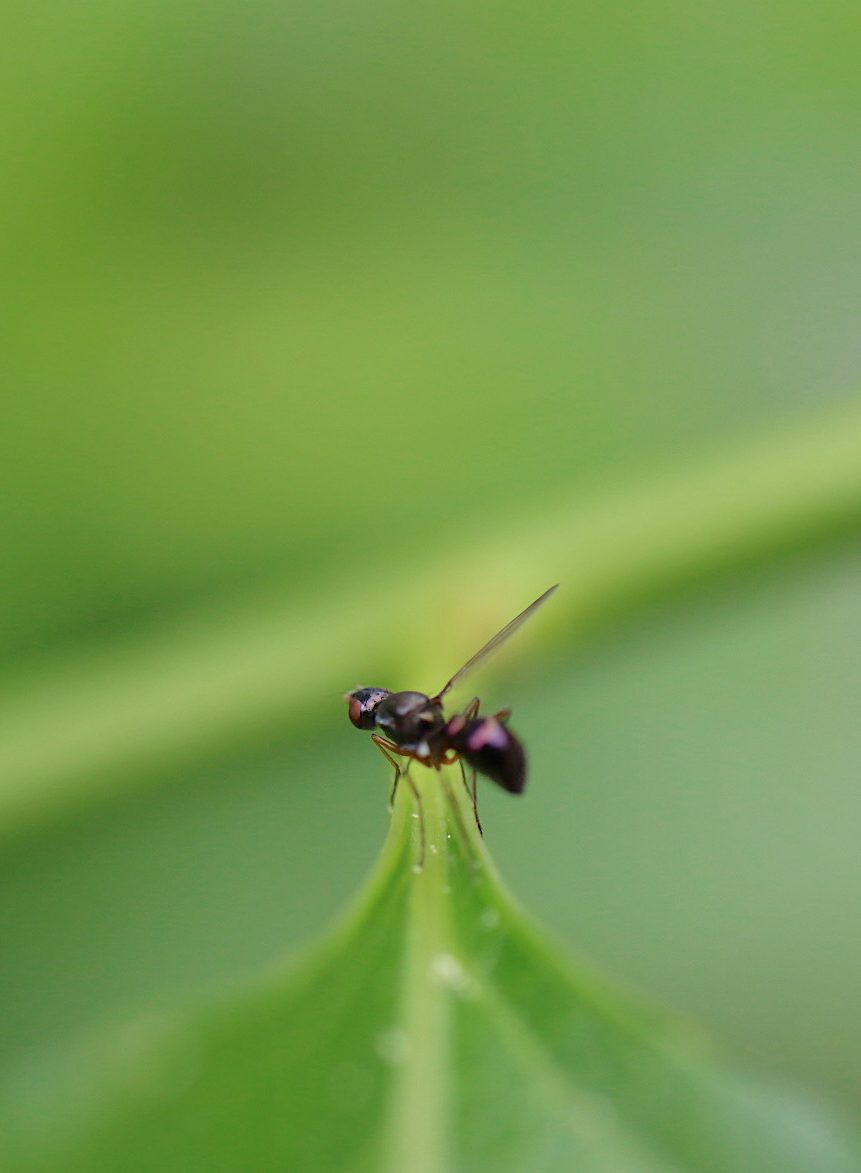 And below, here are some photos Dr. Waters took with an old iPhone as a graduate student, roughly in about 2008-2010. The macro lenses haven’t changed since then but some differences are that he was using a lot more filters to modify the look of his images (maybe not so ideal now) and although the overall pixel resolution was lower back then, the cameras had smaller apertures and it’s possible the older iPhone macrophotography benefitted from wider depth of field than is possible with newer phone lenses which usually have wider apertures, a feature that’s useful for low-light photography and taking portraits of people, but less useful for small insect macrophotography!