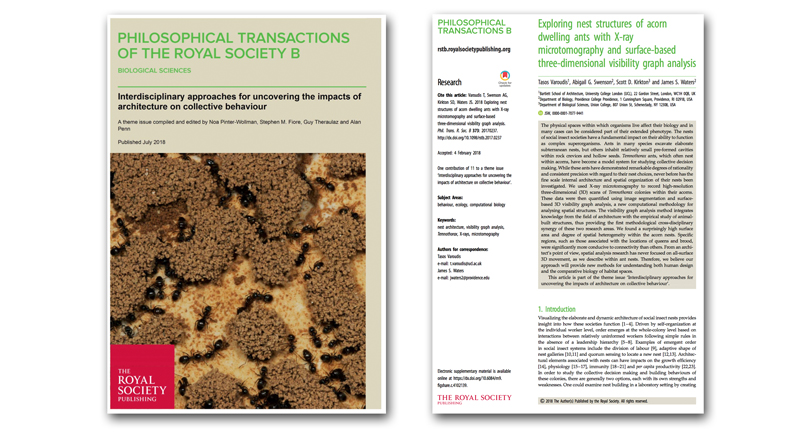 The physical spaces within which organisms live affect their biology and in many cases can be considered part of their extended phenotype. The nests of social insect societies have a fundamental impact on their ability to function as complex superorganisms. Ants in many species excavate elaborate subterranean nests, but others inhabit relatively small pre-formed cavities within rock crevices and hollow seeds. Temnothorax ants, which often nest within acorns, have become a model system for studying collective decision making. While these ants have demonstrated remarkable degrees of rationality and consistent precision with regard to their nest choices, never before has the fine scale internal architecture and spatial organization of their nests been investigated. We used X-ray microtomography to record high-resolution three-dimensional (3D) scans of Temnothorax colonies within their acorns. These data were then quantified using image segmentation and surface-based 3D visibility graph analysis, a new computational methodology for analysing spatial structures. The visibility graph analysis method integrates knowledge from the field of architecture with the empirical study of animal-built structures, thus providing the first methodological cross-disciplinary synergy of these two research areas. We found a surprisingly high surface area and degree of spatial heterogeneity within the acorn nests. Specific regions, such as those associated with the locations of queens and brood, were significantly more conducive to connectivity than others. From an architect’s point of view, spatial analysis research has never focused on all-surface 3D movement, as we describe within ant nests. Therefore, we believe our approach will provide new methods for understanding both human design and the comparative biology of habitat spaces.

Note that there are open access supplemental videos available and hosted on figshare and the journal website that may be of interest: http://rstb.royalsocietypublishing.org/content/373/1753/20170237.figures-only

Here’s a photo of the Bruker microCT station at Union College where we worked with Scott Kirkton to do the imaging for this study: 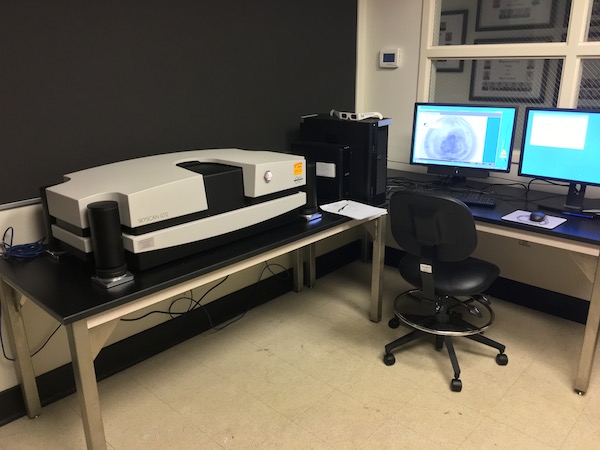 These are virtual cross-sections through acorns, showing the intricate detail revealed by the x-ray microtomography:

Abby Swenson (PC ‘18) was an undergraduate (and co-author on the paper referenced above) who worked on the segmentation of the x-ray microCT imaging data to quantify the characteristics of the nest architecture: 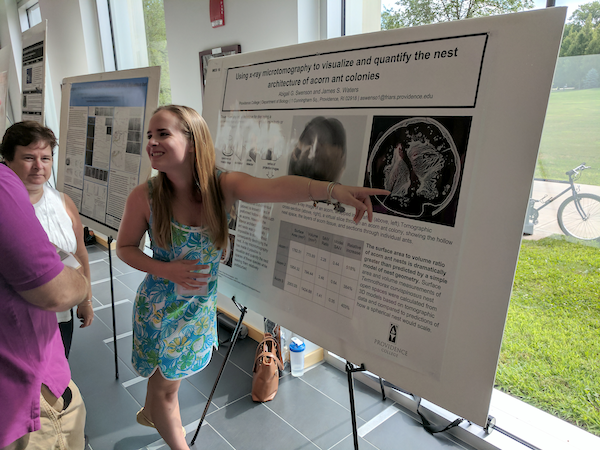