Remembering the lives of dearly missed scientists and colleagues. 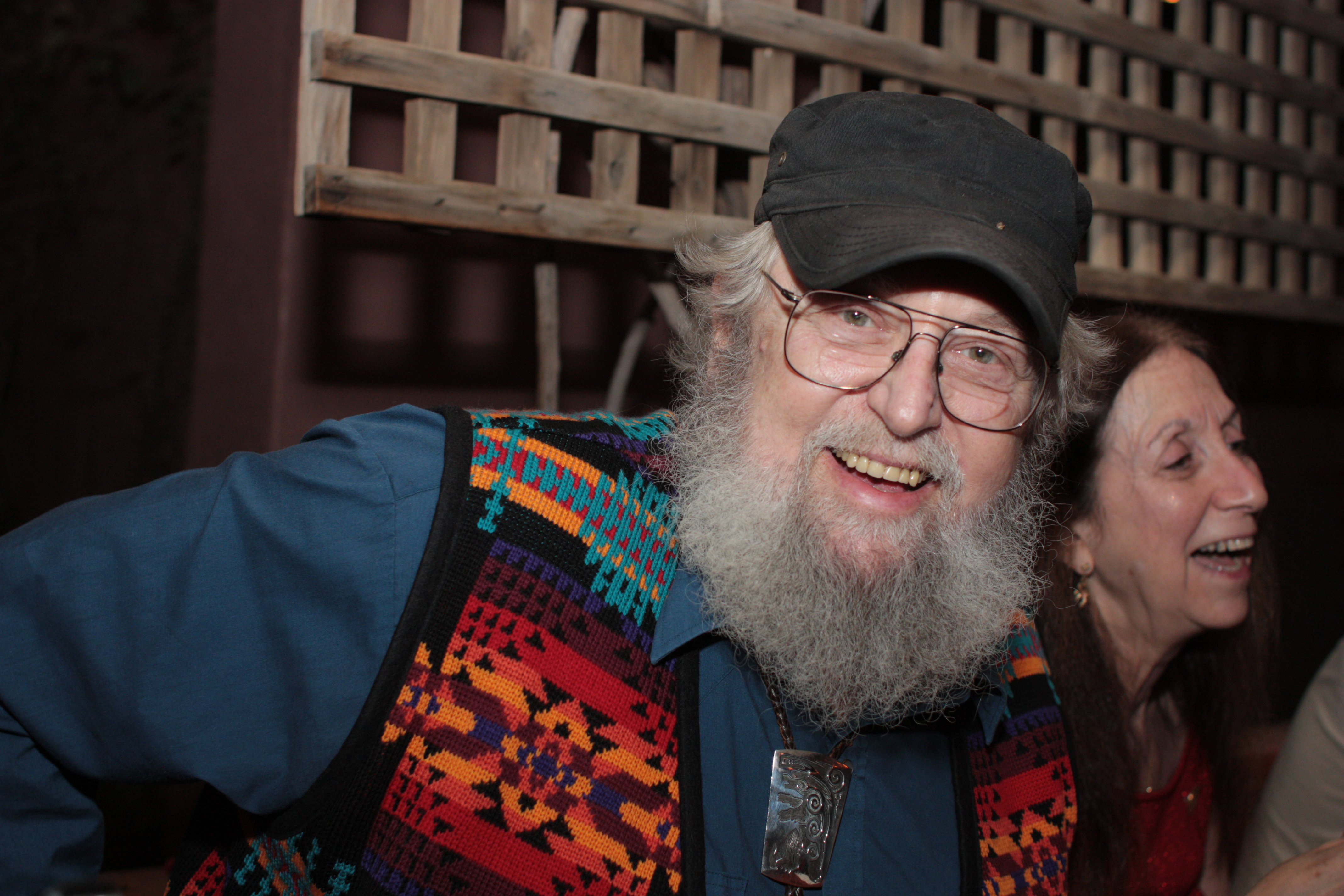 My father was born in NYC, the middle child of parents that both worked in nursing. His father served as a medic in the Navy during WWII and from what my father shared, he treated a lot of venereal disease. His father was also thrifty and fond of rescuing unused scraps of chicken from the ship’s kitchen to pressure-cook in an available autoclave to make soup for himself and for patients. (This may or may not have led to us trying the same one time when my parents visited my lab in grad school!) My father loved learning about the brain, about how subtle changes in biochemistry could redefine our understanding of our own identities, and he became a psychiatric nurse and worked for his whole life at Creedmoor State Hospital in Queens, NY. He believed in the value of hard work, often reminding us to “keep your nose to the grindstone”. He had been a Zoology major in college (St. John’s University) and really enjoyed the clever lectures of a professor he often remembered, Dr. Lacaillade. I hope my own lecture style and research would make him proud.

My father died in 2017 after a prolonged effort to live with an aggressive prostate cancer. When the cancer was detected, it had already become metastatic, but a combination of chemotherapy and hormones extended his life a few years. I was grateful that he got to meet his first grandson, but the end of his life was without dignity. In the blind rush to do anything and everything to prolong life, it was too difficult to consider taking steps to make the end peaceful. All he ever said was that he didn’t want to die under the fluorescent lights on a bed in the hospital. But that’s exactly what happened, and it didn’t happen quickly either. Doctors kept him on a ventilator, forcibly pushing air into his lungs as his muscles weakened and kidneys likely failed and we were left with no option to move him to hospice care or even to see his dog one last time.

My father loved his textbooks… 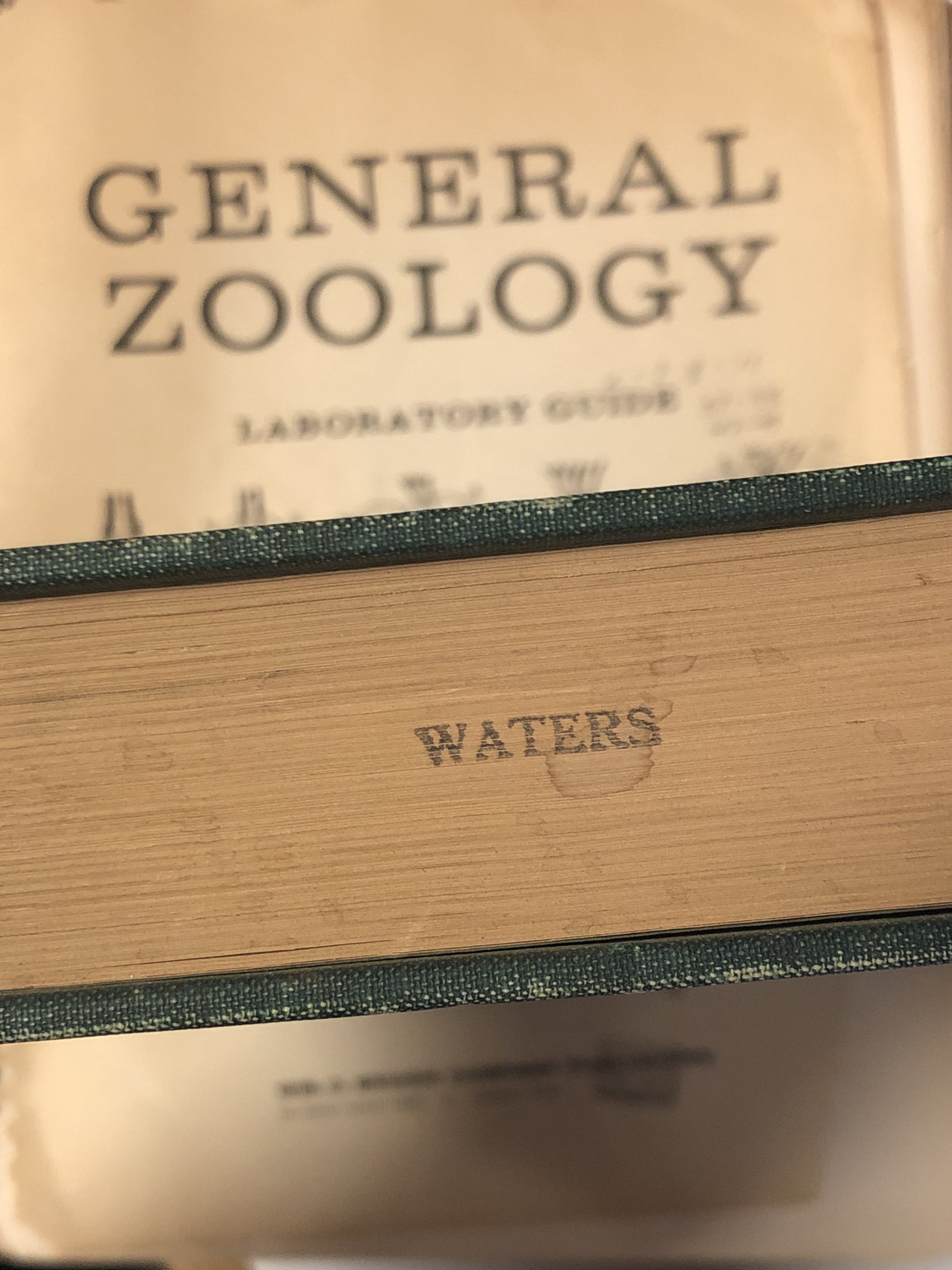 Henry Horn was an emeritus faculty member in the Department of Ecology and Evolutionary Biology at Princeton University while I was a postdoc there. His lab was down the hall from mine, in the basement of the Eno building and we enjoyed talking about ants, the Pine Barrens, and, on occasion, ridiculing some of the more ridiculous claims from some of the more outspoken proponents of what is sometimes called the metabolic theory of ecology. His presence was a many-splendored thing, eccentric and brilliant, individualistic yet universal, and his song and glowing light eminated in every direction, fueling comraderie and rebellious joy across the whole department.

A tribute to Henry (aka J. Chester Farnsworth): https://www.princeton.edu/news/2019/03/18/ecologist-henry-horn-founding-director-program-environmental-studies-dies-77

Photos of some of Henry’s artwork: https://paw.princeton.edu/article/henry-horn-beloved-ecologists-handcrafted-legacy

Steve Vogel was a prolific author, a curious and creative scientist, and one of the foundational scholars who worked to define and give birth to the field of comparative biomechanics. He asked questions with the brilliant simplicity of a young child first admiring the wonders of nature: how and why do animals move the way they do, how fluids shape the nature of the life that lives within their currents, and how insects fly.

Adrian Smith (whose stunning natural history and biomechanics videos you can now find on the Ant Lab Youtube Channel) interviewed Dr. Vogel in 2016 for a podcast series called Age of Discovery. The episode from September 2014 is still available (https://www.youtube.com/watch?v=5AoVu7Ry-uk&t=882s) and I highly recommend downloading it for some interesting stories about Dr. Vogel’s career, inspiration, and how he contextualized the importance of the kind of basic science work he pioneered and pursued.

In addition to his books and textbooks, I’m also especially fond of some of Vogel’s writings on biomimicry (including its limitations), myths in introductory biology, and a whole series of articles about fundamental topics of importance at the intersection of classical physics and organismal biology, published in Bioessays.

I was never one of Vogel’s students and we never directly collaborated, but I feel connected to his academic tree through the professors he worked with and trained and with whom I was mentored by. We chatted a few times at conferences about exciting avenues to explore, and I hope one day to make good on some of those investigations.

A few tributes to Steve: 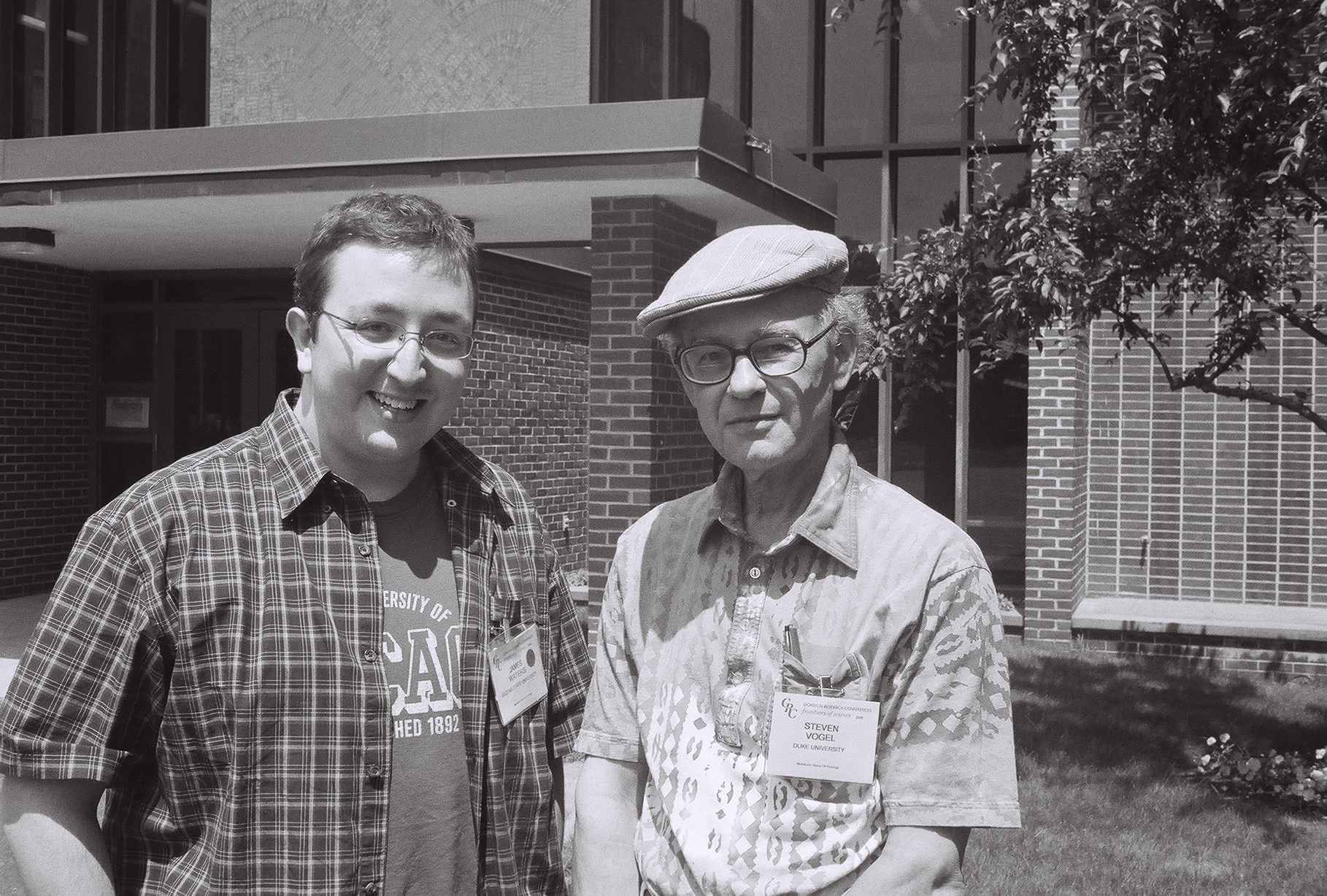 A photo of Steve and I at a Gordon conference on metabolic ecology in Maine in 2008.